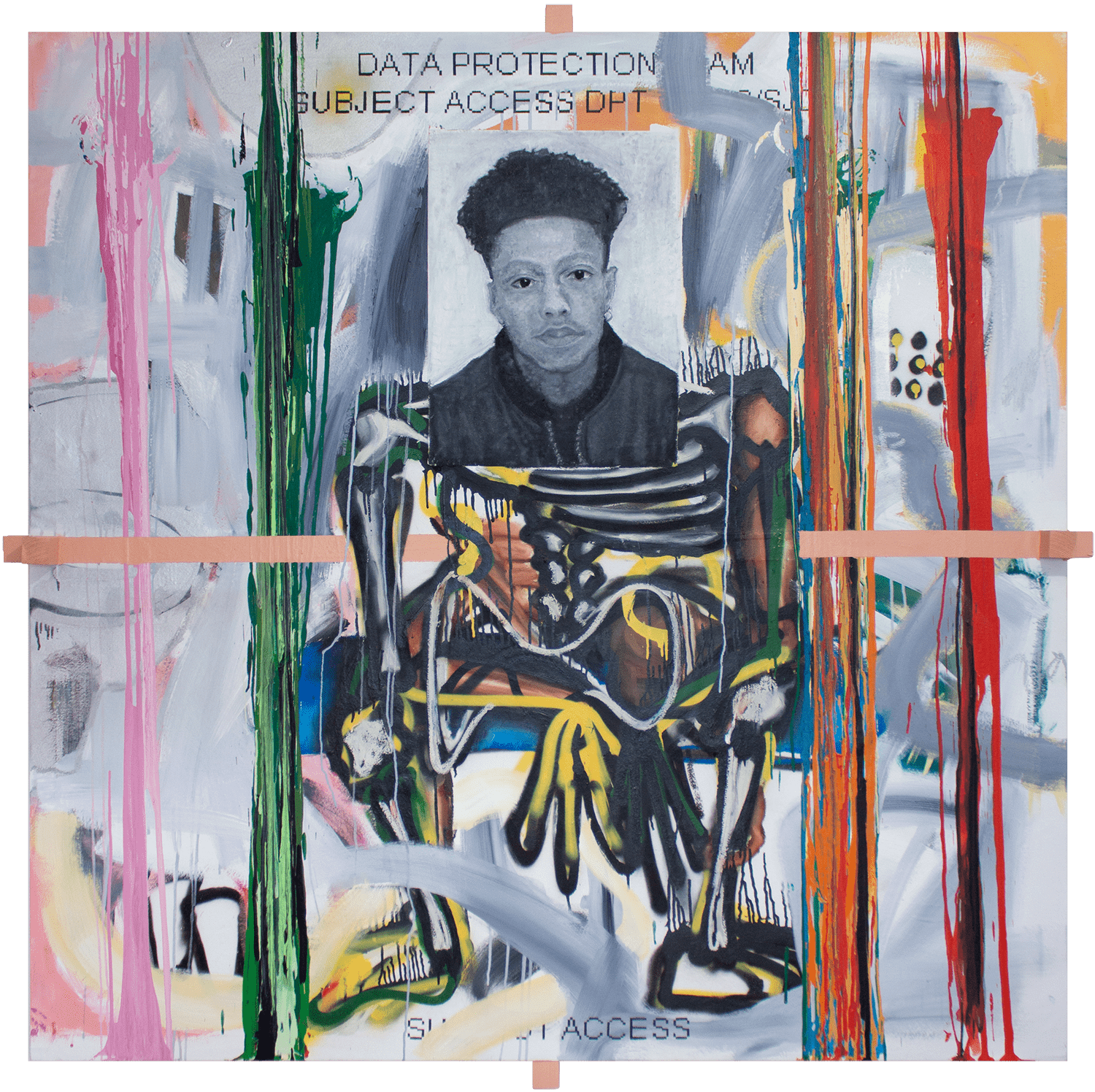 from 14 years old, I had my first run-in with the police. they came to my house on Christmas day after a noise complaint, due to my brother kicking off, and a police officer ending up throwing me to the floor with a knee stabbed into my back because I "moved too quickly". I found it interesting how when these police officers set their eyes on me, I didn't possess the same innocence and childlike-ness as every other little boy. no matter how I composed or presented myself, I was a violent Black man before I was a child. I felt a dysmorphia between my identity and my perceived body in the gaze of predominantly white men in uniform.

from then on, the police continued to show up at my house around the same theme, white neighbours calling 999 because the black family upstairs argued. fingerprints and mugshots they had taken of me began to stack upon each other in their database. so one day, I felt that these photos taken of me as a child, when I had never committed any crime, deserved to be in my hands. i present one of many mugshots in the form of a painting, juxtaposed with the black adult male body they had assigned to me. 'SUBJECT ACCESS' and 'DATA PROTECTION TEAM' sampled from the bureaucratic data request form. I reclaim that power the police brutalised me with, using the monotonous language from the systems which dissected my identity. the scars that I used to hide in fear of judgement from the outside world I now wear proudly.